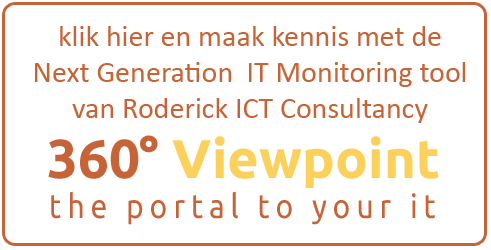 Since a year I've been working with Nagios, an open source system and network monitoring tool. In the company I work for I check around 300 hosts and almost a thousand services, mostly by using SNMP plugins. Some of them are the standard plugins that come with Nagios and sometimes needed a little tweak to get the right output, others I created myself. With Nagios it's fairly easy to configure sending alerts via email and sms. Some hosts send them during office hours, and others 24 hours a day. This all was a big step forward in actively monitoring our network.

Then I started to use Nagiosgrapher to make some nice graphs of the output of the plugins. For example: diskusage, cpu usage, memory usage, temperatures, nr of processes, load averages, etc. Really cool for detecting trends and this enhanced our ability of pro-actively monitoring servers and network components.

Nagios was accepted and adopted by my collegues (and they are not easy to convince). This was good news, but at the same time I realised I also created a problem. I was about the only one at the office who understood the configuration Nagios: all changes had to go through me and during my long vacations no changes were being made. You have to understand the structure of the files and the directories, and also the dependencies of host, services, serviceextensions, commands, etc to be able to add a server or a service. A little guide for Nagios Dummies did not help. And then offcourse people have to know how to work with Linux and an editor like vi (even if it's weird that there are still professional ict guys who never worked with Linux).

So I was looking for a way to be able to configure Nagios through a webinterface. A few weeks ago I heard about the Centreon project. Centreon is a tool that configures and controls Nagios via the webinterface and stores the output of the Nagios plugins into a MySQL database. This data is used to show the status of the hosts and services like nagios does. And Centreon creates graphs from this data. This all sounded very promissing so I decided to give it a try.

It took me about two weeks to get Centreon running on my Nagios server and I have to say that it was worth the effort. A bit of a problem is the lack of documentation and some of it is in French. So you have to work with it for a while to get the hang of it and to understand what is happening. But don't be afraid, the forum is lively and it turned out to be a great help.

The result is worthwile. After I imported my current Nagios configuration (not well documented on the centreon wiki) I found out that Centreon makes it easier to configure Nagios. You still have to understand a bit how Nagios works, this does not change offcourse, but it's pretty easy do changes or add and delete a server or a service. Centreon uses a database to store the collected data from the plugins and this gives us a lot of options what to do with it.

The website gives us a much more professional look and feel compared to the Nagios site. The graphs are beautiful and the way they are presented in the webinterface is really cool. Centreon is able to produce different graphs of the same or even of different hosts on the same webpage. I have to add the fact that I had to change the output of some of the plugins that I used to create the graphs so this took a while to get things running. But I'm happy with it because it improved the quality of the plugins. By the way, Centreon comes with it's own set of plugins and some of them are very good, like the plugin to get CPU usage of Windows and Linux hosts.

The reporting tool shows the availability of hosts and services and looks good, especially when you take a look at the timeline of the status of a host or a service. Because of the use of AJAX you can scroll back and forth on the timeline. And to my surprise all of the Nagios history was imported into Centreon by itself. So I can scroll back a year even if I just installed Centreon. Really great!

So, I'm using Nagios 3.0.3 and Centreon RC2 with NDO-utis (cvs version). I ran into some Centreon bugs like that some buttons are not exactly doing what they are supposed to do, but this is not a problem. Guess these bugs will be fixed before the stable version is released. You got to use cvs version of NDO tools to get the data from Nagios to the NDO database, the stable version did not work.

Alright, that's it. Hope this article helps you out a bit.

This site uses Akismet to reduce spam. Learn how your comment data is processed.